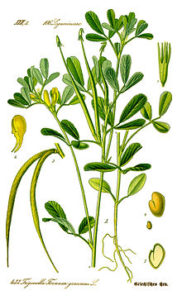 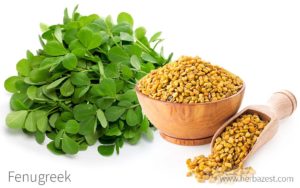 There two important hormones for breast milk production: oxytocin, which is your cuddle hormone, and prolactin, which is your milk maker. During suckling, milk ejection, or “let down”, occurs when oxytocin released into the circulation reaches the mammary glands. Maternal oxytocin is not only released into the circulation by suckling and skin-to-skin contact, but may be released when the mother sees and hears her newborn or simply thinks of him or her. Oxytocin release can even be conditioned to other stimuli, meaning your milk ejection reflex may occur even in the absence of suckling (Tancin, Kraetzl, Schams, & Bruckmaier, 2001). If you’re a Pumping mom this is important to grasp. Try building a routine with your baby during breastfeeding that you can carry over into pumping. Maybe it’s a song you listen to, a smell like lavender or vanilla, or holding a particular blanket. By bringing this into the pump room you can help stimulate oxytocin to help with let down.

Most babies will breastfeed a total of a minimum of 140 minutes per day, averaging 10-30 minutes per nursing session. 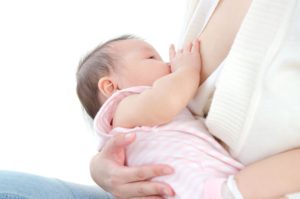 It happened for the first time in my life. I woke up two days ago with really red eyes, but I thought it was just allergies. I had forgotten to take my eye makeup off the night before and figured my eyes were just bothered. I had also started using a new brand of makeup remover that I noticed was leaving my face really dry. Then yesterday I woke up to completely bloodshot, watery, goopy eyes. UGH!!!!!! It looked like an allergic conjunctivitis. I did what any nursing mom probably would do… I put some breast milk on it. If you’ve been around the mothering world long enough, you’ve probably anecdotally heard of putting breast milk in the eye for anything from clogged tear ducts to pink eye. So I figured I’d go there first. It definitely took the itch away, but after an hour of really no relief I did what everyone really should do: sought professional help at the doctors. The doctor said it was most likely an infection from the eye make up since it was affecting both eyes. A shot of cortisone in the butt and a box of eye drops later, today my eyes are almost back to normal. But now I was curious. The old wives tale says breast milk is cure all, but what are the facts? For your reading pleasure, here’s the current research.

END_OF_DOCUMENT_TOKEN_TO_BE_REPLACED

I’ve never been a super pumper. I’ve diligently pumped three times a day at work for the last 8 months. I’ve almost always made just enough for the next day of feedings. Sometimes I’ve even had a conservative stash in the freezer for low pump days or when my husband and I want to go out. There are definitely times when I have to work on my supply to keep it up enough to feed my daughter. Oatmeal for breakfast, teas at lunch, a Guinness with dinner, more tea before bed. Pump. Breast massage. Pump. Repeat. It’s exhausting. Especially since my uninvited monthly visitor has me with a low supply. As I come up on my daughters first birthday, I’m torn.  Continue the schedule I’m on with the highs and lows of constant pumping? Drop the pumping and only breastfed when I’m home and offer something else while I’m gone? Or gradually wean all together? The professional side of me (the crunchy, granola, die hard side) says, “Stick it out!!! It’s not that bad!! Breast is best!!! Your baby needs your milk!!! Show your boobs who’s boss.” While the personal side of me screams, “Screw it! You’re working so hard! Give yourself a break. You went a whole year. You did the best you could with the support you had. Some other milk won’t kill your kid. She’s eating like a champ and she won’t even notice.” I get it now. I understand why some moms give up breastfeeding, especially working moms. I also get why mom’s push through and keep going. We all just want the best for our babies. I’m still on the fence. We’re T minus 1 month to the big one year birthday. I’ll keep you posted on what I decide. But for now, Happy Pumping!!

It’s struck again. My monthly reminder of my womanhood and with it a drop in my milk supply. It’s a good reminder, though, for every mom out there that a sudden dip in milk supply doesn’t mean anything is wrong. It just means you have hormones. Congrats. 🎈🍾  When I’m breastfeeding from the boob I don’t notice any difference. My daughter doesn’t seem to want to nurse more frequently or longer. I really only notice it when I’m pumps. “My poor supply” I think to myself. And yet I would never know except that I’m working. On these weeks I usually just eat more oats, make sure to stay hydrated, drink an extra cup of Mothers milk tea, and add an extra pump session at night. And wait for the crimson tide to stop messing with my liquid gold. 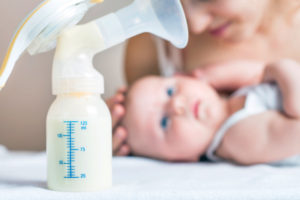 Babies are the best pump. They empty the breast better than either hand expression, manual or electric pumps. Even as the most efficient pump, babies never completely empty the breast. Breasts work on what could be called the “80:20 concept.” The 80 percent is the average amount of milk removed by your baby each day. The 20 percent is the residual amount of milk that remains in your breasts. If more than 80 percent of the milk is removed, supply increases to maintain the 80-20 ratio. If less than 80 percent is removed, supply decreases to maintain the 80-20 ratio. Even though this is an over-simplification of a very complex process, as new research emerges this core principle proves true.

Fact of the day: Babies actually control how much milk is in the breast through milk removal. The more that is removed, the more the breast makes. Research shows that the mother’s diet, her fluid intake, and other factors have little influence on milk production. If the “milk removal” piece of the puzzle is in place, mothers make plenty of good milk regardless of dietary practices. If the “milk removal” part isn’t there, nothing else can make up the difference. 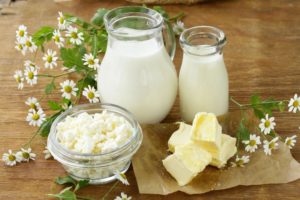 Let’s talk honestly about nipples for a minute. Most basic breast-feeding classes talk about anatomy of the breast. They may touch briefly on anatomy of the nipple, but I don’t feel like it’s enough for us to fully understand the amazingness that is our nipples. In the anatomy of women, a nipple, mammary papilla or teat is a small projection of skin containing the outlets for 4-18 lactiferous ducts. The average woman has 9 of these ducts. They come in all shapes and sizes, but the average projection and size of human female nipples is slightly more than 3/8 of an inch (10mm) or the equivalent of about 5 stacked American quarters. Pregnancy and nursing tend to increase nipple size, sometimes permanently. Nipples are made of erection tissue.

They are actually made of the same erection tissue as the penis. It is why when these are stimulated by either a sexual partner or a baby, they perked up or erect. When nipples are stimulated, they send messages to the brain to release oxytocin, the cuddle hormone. This hormone is what makes you to feel all tingly, warm, secure, and in love with your spouse. But oxytocin released during breastfeeding is actually what causes your letdown reflex to happen. It’s basically what causes your milk to flow. As your newborn is stimulating your nipple, it sends a message to the brain “hey there’s a baby here! Send milk!” The brain then releases oxytocin which causes your letdown reflex to happen. It’s while your let down happens usually 1 to 2 minutes after your baby starts suckling at the breast. Erection tissue is never meant to bleed, crack, or scab.

Could you ever picture your husband letting you touch his penis if there was cracking, bleeding, or scabbing? And yet when new moms breast-feed, there is the stereotype that this is just a normal part of the breast-feeding process. Cracked, bleeding, and scabs nipples are caused by an incorrect latch of the baby or some other anatomical or physiological difference, such as a tongue or lip tie or an immature sucking pattern. Nipples were never designed to endure what so many women tolerate as “normal”. If you are experiencing any pain, cracking, or bleeding of your nipples during breast-feeding, please see me or another lactation consultant in your area as soon as possible. Let us help you correct the latch or look for a tongue tie that would be causing those problems. You deserve a pain-free, happy nipple breast-feeding story! Please also help stop the stereotype that it is OK for women to endure this. It is totally OK to experience initial discomfort when breast-feeding. Your nipples are not used to that kind of sensation at that frequency. But pinching or stabbing pain is never normal at any stage of breastfeeding.