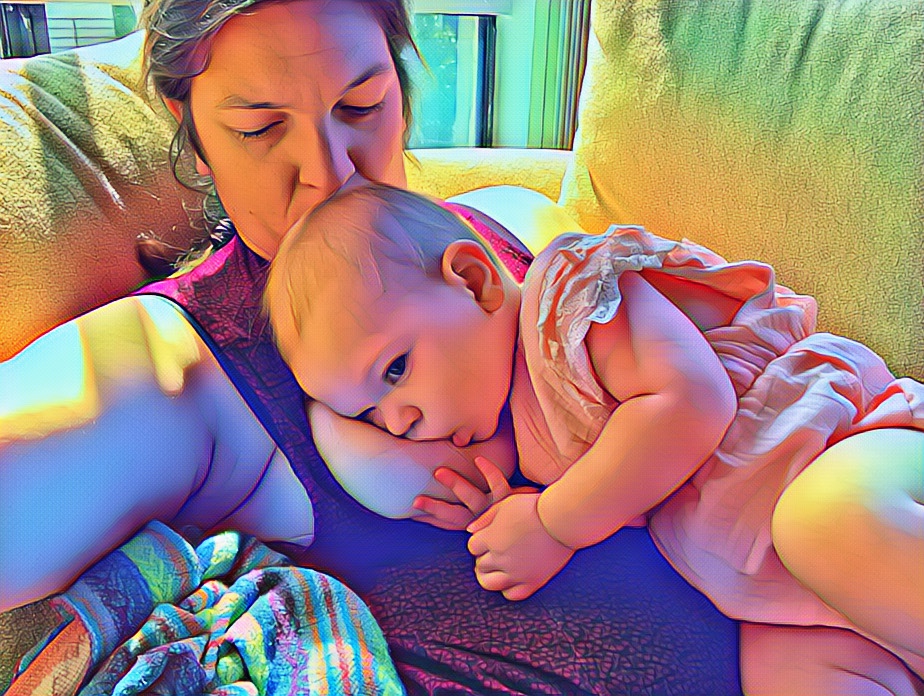 Did you know that you will ALWAYS be able to make milk? You’ve had the milk making glands in your breasts since puberty. They’re like little empty clusters of balloons at the back of the breast. Pregnancy activates your milk making hormones, allowing the glands to expand and start filling with milk between 16-20 weeks gestation. In the early days after birth, the more stimulation the breast has (from feeding or pumping), the more the milk making glands and their corresponding hormone receptors multiply. The milk balloons fill and empty milk multiple times per feeding.

After at least 40 days of not expressing any milk, once you completely wean, your milk making balloons deflate and become dormant, like before pregnancy. But they aren’t dead. Pregnancy and breastfeeding hormones caused a permanent change in your body. Your milk making glands will FOREVER remember how to make milk. They can ALWAYS make milk again, no matter how long it has been. They just need enough of the right stimulation to turn on and start filling again. Some times years after breastfeeding a mother may feel the tingle of let down if she hears a baby cry. Or she may leak if her partner does enough nipple stimulation. There are grandmothers in other cultures who bring back milk to breastfeed their grandchildren! Our bodies are AMAZING!! Now you know! 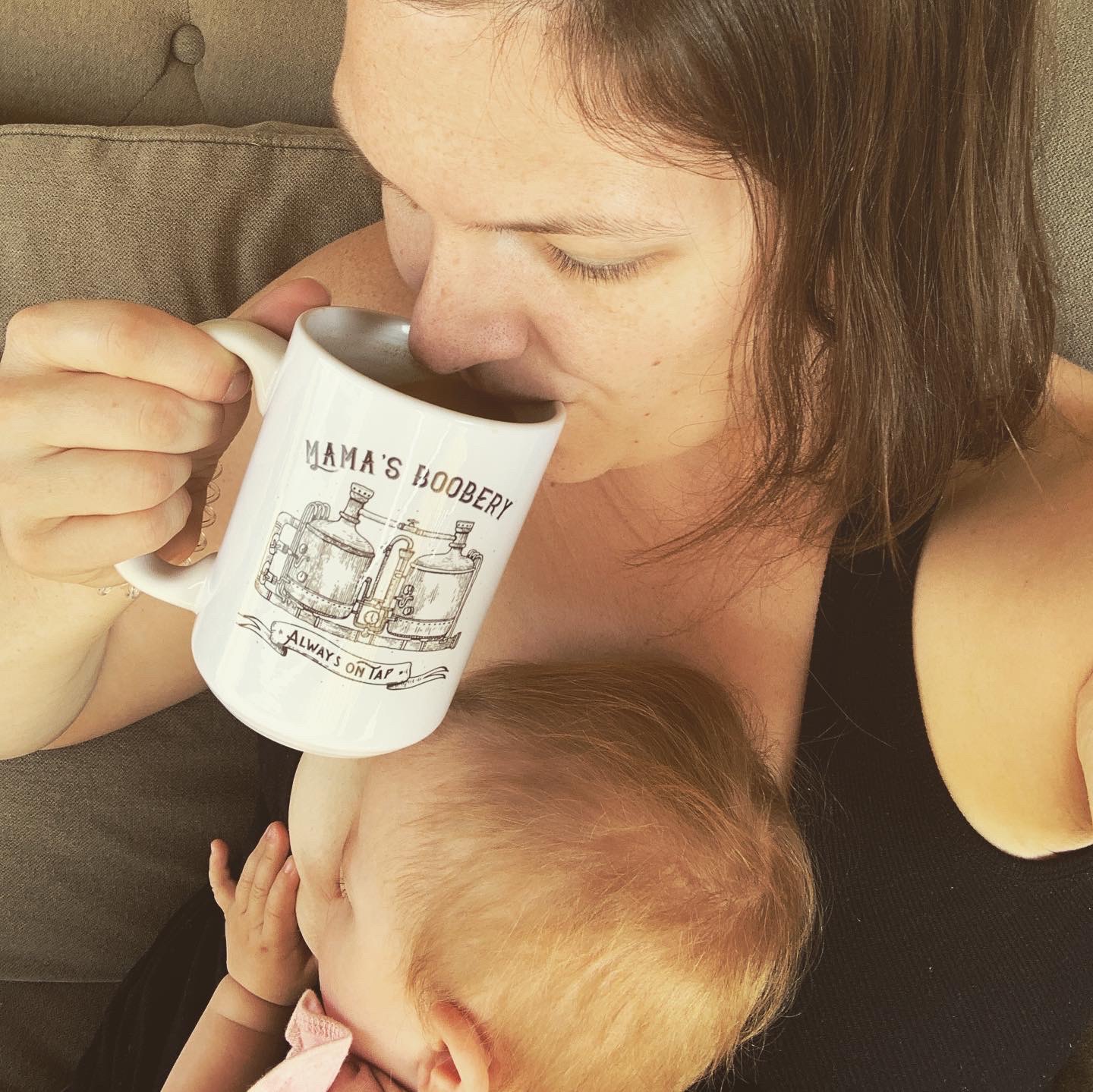 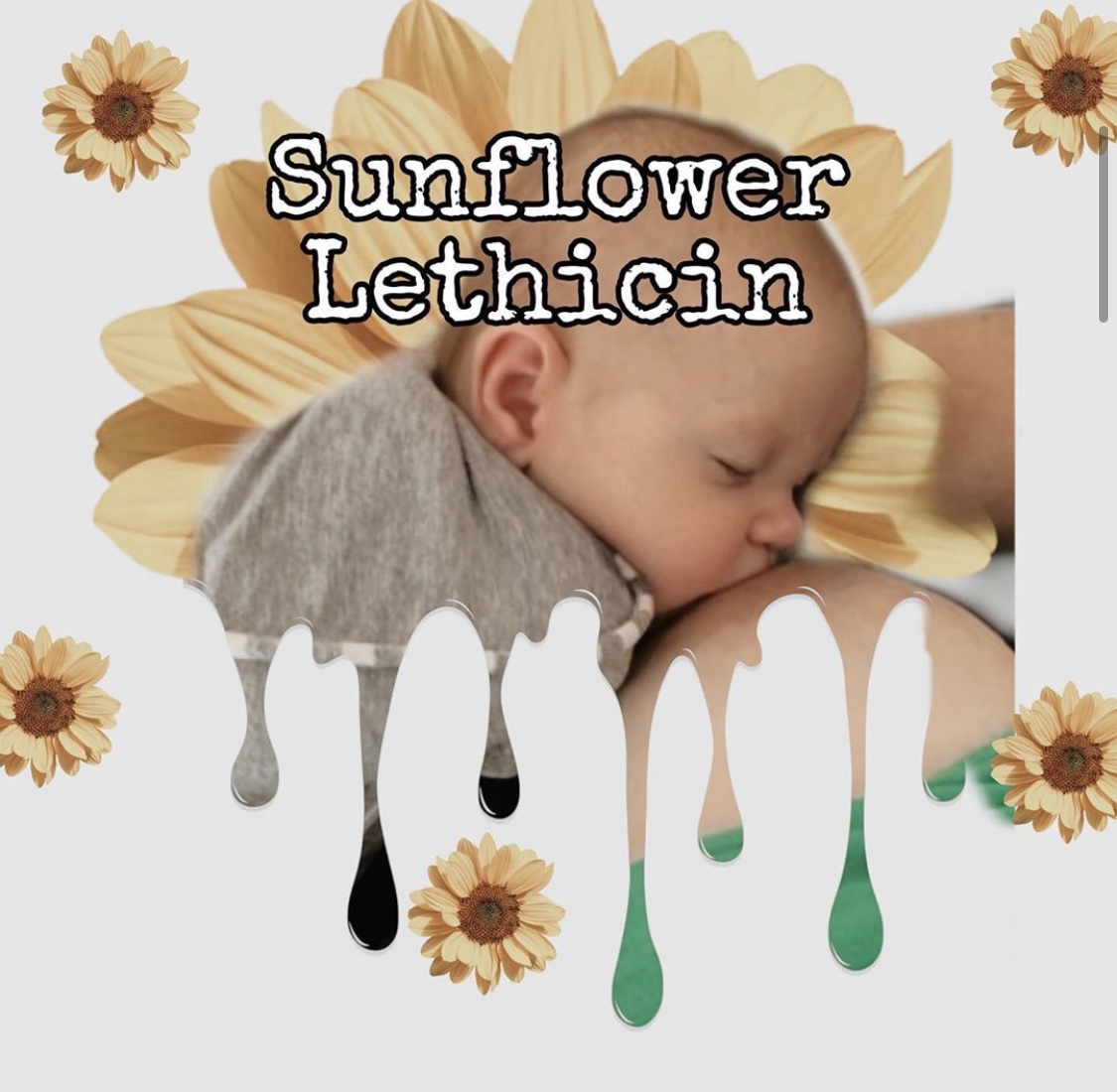 Lecithin is used in food to provide a smooth, moist texture and to keep ingredients from separating. Lecithin can naturally be found in green vegetables, red meat, and eggs. Commercial preparations are often made from soybeans, egg yolks, or animal products. It is also commonly used in eye drops, skin moisturizers, and food emulsifiers (agents that keep ingredients from separating).

Sunflower lethicin, a specific kind of lethicin, is often taken during breastfeeding to reduce plugged ducts or to help increase milk flow. Sunflower lethicin is thought to reduce the “stickiness” of breast milk by thinning out the fats in the milk and keeping them from clumping together. There are no known contraindications for breast-feeding, and lecithin is “generally recognized as safe” by the FDA. However, people with a preexisting tendency to depression may become depressed if taking high doses of lecithin. While very rare, if you begin to have a fish-like odor while taking high doses of lethicin, stop taking it immediately and notify your physician, as this is a serious sign of liver damage. As there is no recommended daily allowance for lecithin, there is no established dosing for lecithin supplements. Different brands might have different amounts of lecithin in each pill or capsule, so be sure to read labels very carefully before taking lecithin or any other dietary supplement. Per Kellymom.com, the maximum dosage recommended for recurrent plugged ducts is 4,800mg/day. As always, consult with your doctor before trying any dietary supplements while pregnant or breast-feeding. 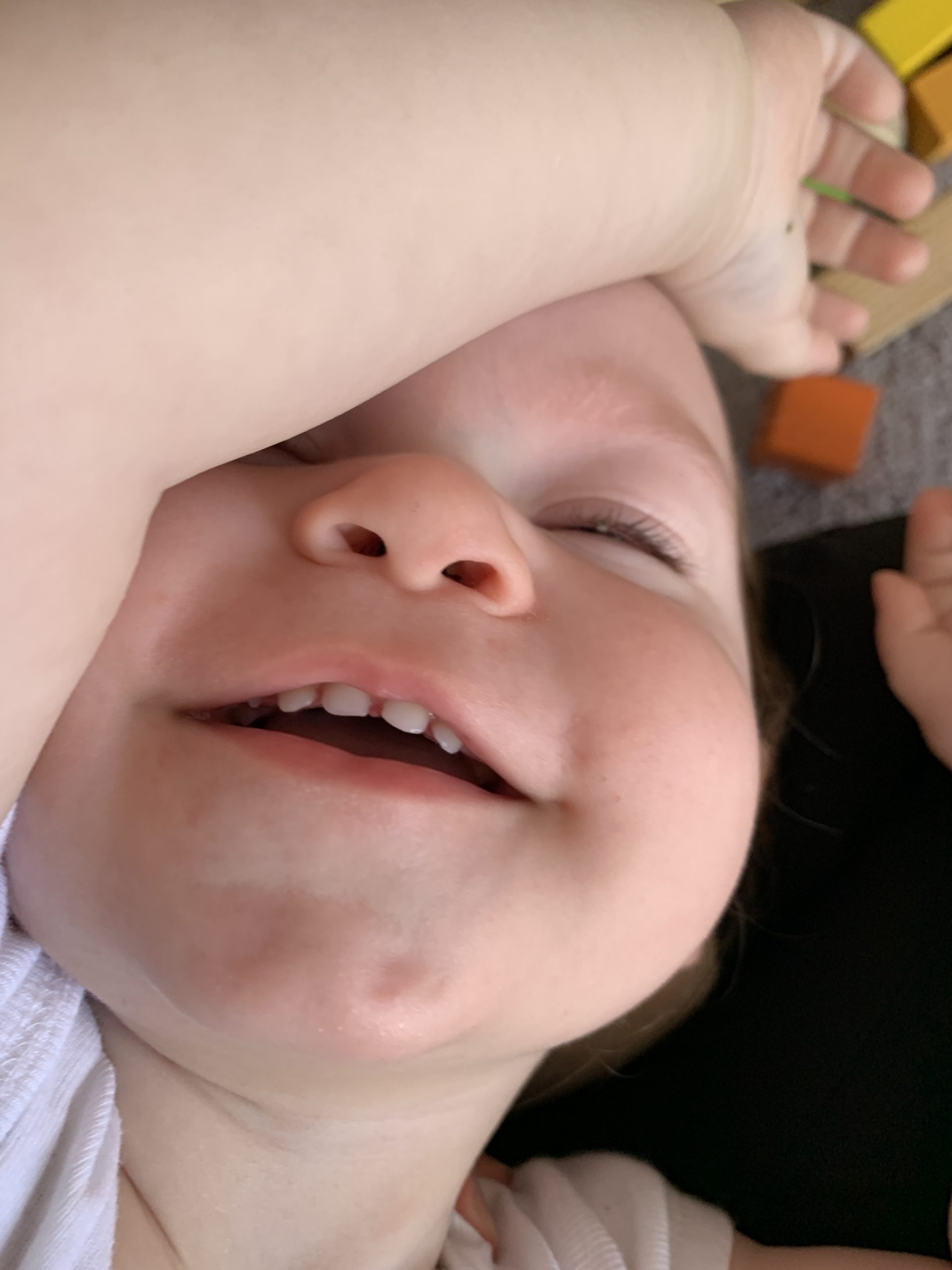 Were you told by your dentist to night wean your breastfed baby for concerns of it causing cavities? Extensive research has proven that there is no link between breastfeeding (nighttime or otherwise) and cavities. Breastfed babies can get cavities, though, so good dental hygiene is still needed.

What can cause cavities are nighttime bottles and not brushing teeth before bed once baby is eating solid foods. Bottles allow liquids to pool in baby’s mouth and sit on baby’s teeth for long periods of time. Breastmilk doesn’t pool in the same way because milk only flows when baby is actively sucking. When baby is latched appropriately to actually express breastmilk, it enters the baby’s mouth behind the teeth. If the baby is actively sucking then he is also swallowing, so breast milk doesn’t sit in baby’s mouth like it can with bottles. Sugars from table foods can sit on the teeth and bacteria in saliva uses these sugars to produce acid, which in turn causes tooth decay. Actively brushing baby’s teeth twice a day helps reduce these sugars from sitting on the teeth.

One Finnish study could not find any correlation between cavities and breastfeeding among children who were breastfed for up to 34 months (Alaluusua 1990). In 2013, Lavigne found, “that there was no conclusive evidence that prolonged breastfeeding increased the risk of early childhood cavities.” Valaitis et al stated, “In a systematic review of the research on early childhood caries, methodology, variables, definitions, and risk factors have not been consistently evaluated. There is not a constant or strong relationship between breastfeeding and the development of dental caries. There is no right time to stop breastfeeding, and mothers should be encouraged to breastfeed as long as they wish.” (Valaitis 2000).

So no need to night wean for cavities… but if you need the sleep I completely understand. 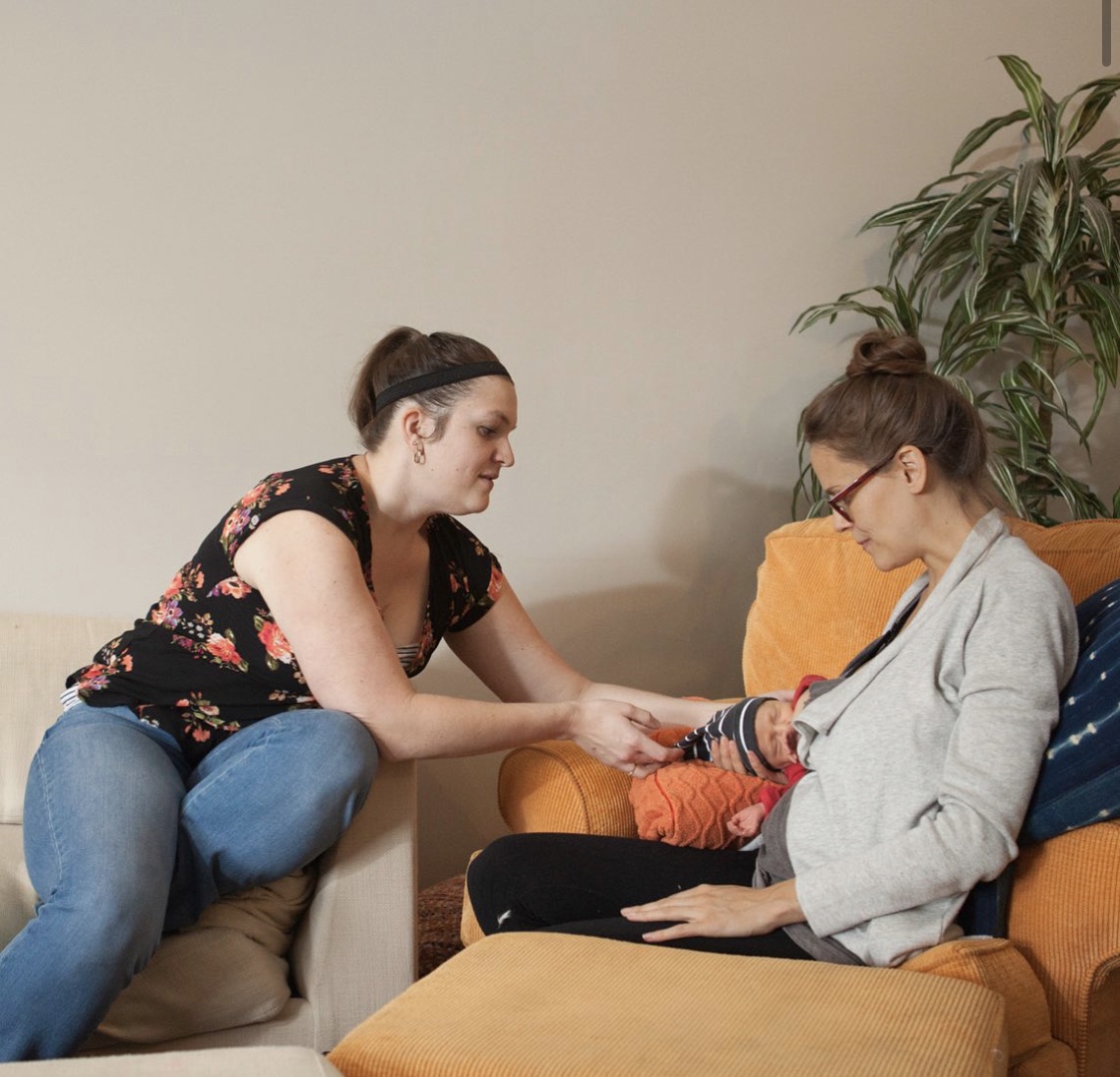 If you broke your foot you wouldn’t go to your local nail salon to have your pedicurist look at it. Yes, they work with feet. I just wouldn’t trust their expert opinion on whether I need a cast or some physical therapy. If my car engine was making smoke and my gauges were outside the appropriate ranges, you wouldn’t go to the car wash to have it looked at. Yes, they work with cars. I just wouldn’t trust their expert opinion on whether my engine block is cracked or not. So why when we’re having lactation problems do we turn to mom groups or even pediatricians? Yes, moms have babies. Yes, pediatricians work with babies. But neither are the experts in lactation (ok, occasionally a pediatrician will seek additional training, but honestly it’s rare). To become a board certified lactation consultant, you need to take advanced college level coursework specifically in human lactation. You need to spend hundreds to thousands of hours being directly mentored by someone who already is board certified. And you have to pass a FOUR HOUR board exam. To be board certified. IBCLCs spend thousands of dollars and years of their lives training to become experts in breasts, babies, and feeding. If you’re struggling, please find the correct help. There’s a lot of bad information out there that may inadvertently sabotage your breastfeeding journey without you even being aware.

Do you feel hot, sticky, sweaty, sopping wet and a little stinky? Welcome to motherhood. It does get better. There is an actual biological point to leaking from every pore and that weird stench that accompanies it. Not all of our senses are developed at birth. It would overwhelm our littles too much to go from a dark, wet environment to such a bright, crazy world to actually have every sense developed like ours. Their vision isn’t great and they have no depth perception. But they have a fully developed sense of smell. They have been getting to know your odors since their womb days. Your amniotic fluid was constantly changing in its scent based on what you ate and drank and your unique hormone combination. All that leaking you’re doing postpartum has a similar scent which serves to orient your baby back to you. Your body odors are familiar to your baby and it makes them feel safe and secure that they are with their birth person and not someone else. Your leaking smells also stimulate their hunger, which is why baby may constantly root when on your body even if they aren’t hungry. Did you know that the breast secretes an oil from those little bumps on your areolas that smells just like amniotic fluid? This helps baby locate dinner when they are ready to eat. Showering is normal, but avoiding the use of scented products can actually be very helpful and calming for your baby. While you may find your body odor unbecoming, know that to your baby it makes you feel like home.

Nipples and penises have a lot in common. From an anatomical, cellular level, they are both made of the same elastic, erectile tissue. They erect and evert with stimulation. They can crack, bleed, and blister, but they can never toughen up or callous. And neither one should ever crack or bleed.

Babies mouths have two areas: the hard, bony palate up front and the soft palate at the back, just in front of where that little hangy downy uvula is. One of the reasons a nipple erects, everts, and stretches is to help to get it in the safe zone where the palate is soft.

Nipples are perfectly designed to withstand breastfeeding. Other than temporary tenderness in the first few days, there should be no pain or damage. If you do get damage, they should heal quickly (within 24-48 hours) if you can get a consistent deep latch.

Moist wound healing is most effective to heal a nipple. Tips to heal a damaged nipple:

💡Nipple balms/butters, coconut oil and lanolin can help keep the nipple from sticking to clothing and feel soothing

💡A 20 second saline rinse once or twice a day

💡Soak the nipple in an Epsom salt bath, either in a bowl or Haakaa filled with warm water

💡Temporarily use a nipple

What can cause a late onset decreased milk supply?

2.The mother is taking some hormonal birth control method (pill including progestin only pill, IUD, etc)

4.Some medications other than hormones can decrease the milk supply (antihistamines for example).

5.Can an emotional shock decrease the milk supply? Possible but unusual in our experience.

6.Blocked ducts/mastitis as well as any febrile illness may decrease the milk supply.

7.The use of bottles more than occasionally can very much decrease the milk supply.

8.”Overdoing it”. It’s time that others do most of the usual chores that fall on women’s shoulders.

9.An “abundant milk supply” associated with a less than “ideal” latch. In this situation, the milk flows into the baby’s mouth with little participation of the baby. The baby may often choke while breastfeeding, especially when the mother has a milk ejection reflex. A tongue tie is a common cause of a baby having a less than “ideal” latch and can be a significant cause of late onset decreased milk supply even if neither the mother or the baby had problems early on.