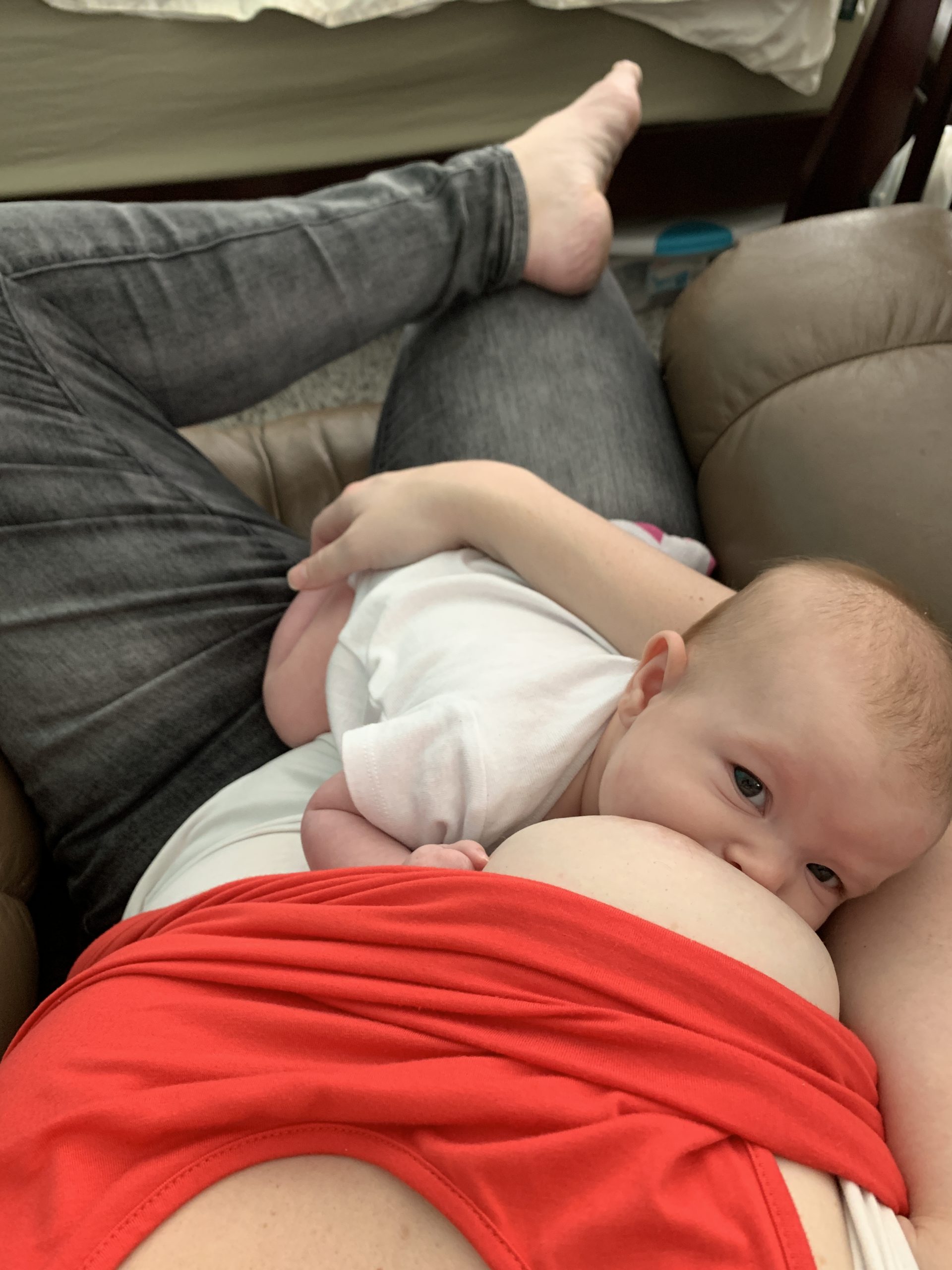 How can I make fattier milk? I get this question a lot. Fat in breast milk changes constantly both throughout the day and as baby ages. It is predominantly influenced by how full/empty the breast is which tells your body how old your baby is. Newborns nurse around the clock and have a higher milk fat content than toddlers who may only nurse a handful of times a day and are getting their fats from table foods. Your diet does not usually have an effect on the quantity of fat present in breast milk but it can change the type- saturated, trans, monounsaturated, polyunsaturated.

I often get questions about foremilk/hindmilk as related to making a fattier milk. But what is fore milk/hindmilk? Is that even a thing? The breast only makes one type of milk, however, because of the way milk is released during a feeding, the fat content can change. Fats make up about 3-5% of the nutrients of breast milk and each ounce of contains about 1.2 grams of fat. Milk is made in the alveoli, which are grape-like clusters of cells at the back of the breast. Once the milk is made, it is squeezed out through the alveoli into the milk ducts, which resemble highways and carry the milk through the breast to the nipple. As milk is produced, fat globules in the milk stick to each other and to the walls of the milk ducts. As time passes, milk gradually moves toward the nipple as the breasts fill, pushing the thin watery milk forward while leaving the denser and fattier hindmilk behind (because the fat is sticking to the walls of the ducts). Shorter time between feedings or pumping a help keep the hind milk at the front of the breast. Think of it like turning on a faucet in the sink.

At first, the water comes out cold and then gradually gets warmer until it is hot. If you come back a minute later and turn the faucet on again, it will still be relatively warm. However, if wait an hour, the water will be cold. You’ll have to wait for it to warm up again. Breast milk fat is similar.

When the baby first latches on, the higher-water content foremilk is released. Little by little the milk becomes fattier as fat globules are pulled down from the ducts. Frequent feedings or pumping mean the milk doesn’t have time to “get cold.” There is no switch that gets flipped – the change from foremilk to hindmilk is gradual. There is less foremilk for your baby to go through before they get to the fattier milk. Basically, the less time in between feedings, the higher the fat content at the beginning of that particular feeding.

Here are the best strategies to help increase the fat in your milk:

📌Nurse or pump more frequently. The fullness of the breast makes the most difference with the amount of fat in your milk. The fuller the breast, the more water content is in your milk because your body thinks baby is dehydrated from going a long time without feeding or that you have an older baby that is getting fats from table foods. The shorter amount of time you go between feeding or pumping, the higher the fat content in your milk. You will see a smaller volume, but a higher fat content.

📌Drain the breast. Let your baby completely finish on one side before switching to the other side. Emptier breast’s have higher milk fat content.

📌 Increase your protein intake. This helps increase overall milk supply, which = more  fat for your baby. Lean meats, chicken, fish, eggs, dairy, nuts, and seeds are the best dietary sources of protein. Vegetarians if you do not get enough protein from your food alone, consider adding a protein supplement in your routine.

📌Sunflower lethicin. Often used to relieve frequently blocked ducts, this supplement works by decreasing the stickiness of breast milk by mixing the fatty parts of breast milk with the watery parts to make it “slide out” easier. Some people believe that this helps increase the fatty acids in milk at the beginnings of feedings, too.

Switching baby too quickly from breast to breast while they are still actively sucking means that they aren’t getting enough time to let the fattier hindmilk unstick from the milk ducts.

Because every baby varies in the amount of time it takes him to receive his fill of the higher-fat milk at the end of the feeding, it’s important not to switch breasts while baby is actively nursing.